The tender new season artichokes are now on sale at the market which made me think to cook this dish. 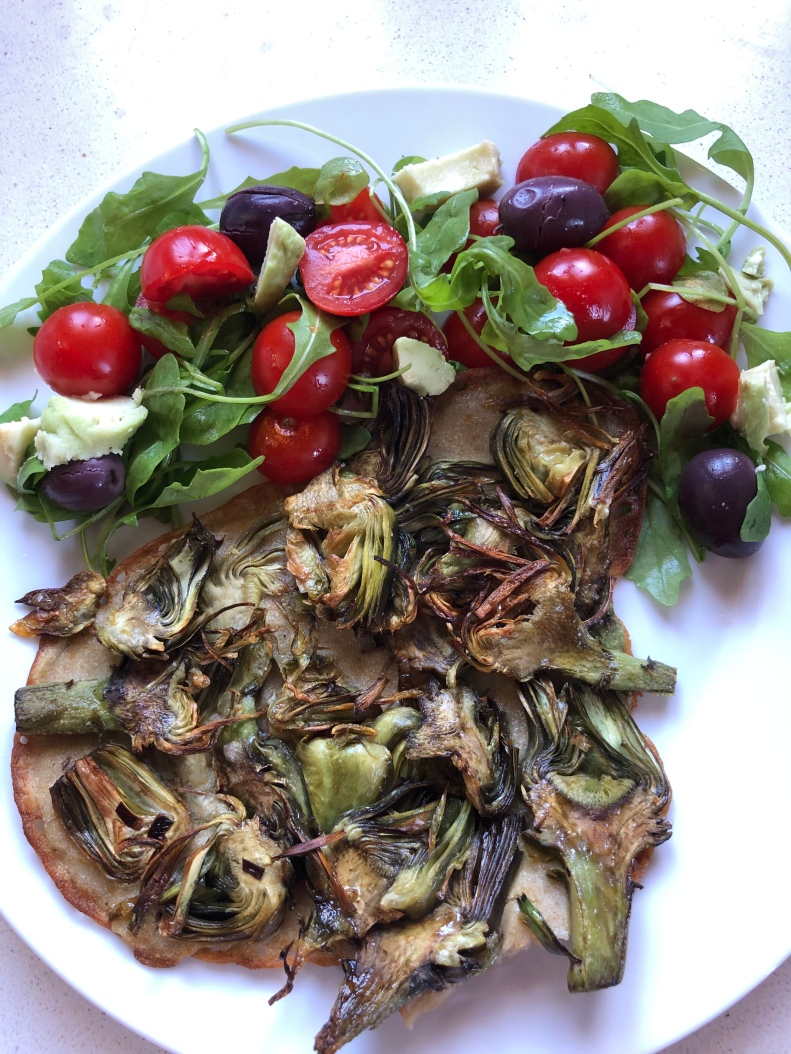 Firstly prepare the artichokes. The tough outer leaves and the stem will need to be trimmed off, but as the artichokes are tender right now you don’t need to take too much off. When I think I have taken enough of the leaves off to get to the tender ones, I take off an extra one and bite into it to see if it is fibrous or not.

Fry the artichokes for about ten minutes, tossing from time to time, until just cooked then turn off the heat. Season with salt and freshly ground black pepper.

Make the batter. Add the stock to the buckwheat flour gradually to make a smooth batter.
Season with salt and pepper.

You will need a shallow tray the right size to take the batter in a thin layer.

Put a tablespoon or two of olive oil in the tray and put in the oven to heat up to almost smoking point as you would if you were making Yorkshire pudding.

Once the tray is heated up, remove from the oven and quickly pour in the batter, scatter over the artichokes, and put back in the oven.

Bake for 8 – 12 minutes until light brown and crispy round the edges.

Serve with a mixed salad.

1 thought on “Buckwheat galette with artichokes”